By Moh Ghufron 1:01 PM Post a Comment
Staying in an unhealthy relationship will only make your time wasted. You will close the opportunity for a better person to come into your life because you give plenty of room for 'illness.' However, his release and going from bondage is also not an easy thing.

You know your relationship is an unhealthy relationship when realizing your boyfriend is manipulative. Like a child who just broke his mom's flowerpot for his ball kick, then made his friends feel guilty. Not to be outdone, let alone wrong.

In an unhealthy relationship, your boyfriend will do a lot of chaos and act as if you were the one who triggered his actions. Then you will feel depressed, but ultimately believe that you are the cause of the chaos. Without you knowing it, the action has worsened your psychological condition. A manipulative boyfriend will also make you feel insecure, so often you endure for irrational reasons. Here are five false reasons that are often used to survive in unhealthy relationships.

The word after but it is filled with various unfavorable treatments to you. Yes, if dear, he will always try to please you, not the other way around. Indeed his bad attitude is not always. Sometimes he also is nice, very sweet until you believe that he really loves you. Even though, unfortunately, he is not as much as you think you are. 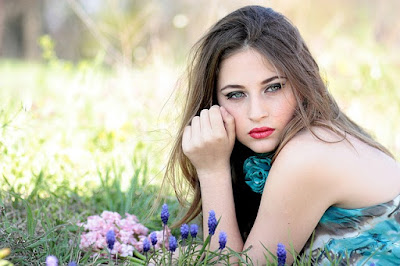 2. Two heads in a relationship, different opinions are reasonable, right?

It's always a justification for your argument. Yes, it is true. The quarrel is normal between two heads who are trying to unite in a relationship. But what kind of argument? If different opinions then proceed with harsh words hell, it is not 'reasonable.'

3. During this time we can survive, now can not afford?

If you use this excuse to survive in an unhealthy relationship, then you have begun to lose your love for yourself. You are more fond of the relationship that hurt you despite torture. It will only make you slump.

This is another sign that you have lost your love for yourself. You feel he's too valuable and you do not deserve better. Well, this is not just your unhealthy relationship, but you too.

5. We are dating for a long time, do want to be left alone?

Another reason to survive in an unhealthy relationship is that you are at ease to keep the disease, whereas the disease is eating away at you. What is it for? Over time will make the dead as well. Would not it be better if you removed the source of the disease to get well and live well?

These five reasons are stupid reasons to survive in an unhealthy relationship. It is tantamount to false hopes. Unfortunately, those who are living it are often unaware. Read also: 5 Reasons you should forget ex-boyfriend.