Self-respect in relationships for men and love to the woman

By Moh Ghufron 10:58 AM Post a Comment
So respect. Let's dispense without definitions; all know what it is and what it represents. Although here's my simplified explanation.

Respect («R») is the recognition of the significance of another person, his merits and achievements, personality and character. Sometimes «R» is to any particular quality, sometimes to the personality as a whole. Often, the respect for the individual as a whole based on the fact that important quality is valuable for someone who respects you.

Respect is subjective. If you «R» by one person, it does not mean that you will be respected by other. If you are not «R» by anyone, it does not mean that you cannot respect yourself. It's like fruit ice cream someone loves, but someone like me and now the attention. A crucial point. Whatever anyone thought, but it is. Thinking differently, think again and understand. Now. Your personal self-respect in no WAY connected with respected by other some particular people

Realized? No? Once again. If You respect yourself or not, on a straight line, in General, it does not affect, whether you will be «R» by this guy, your friend, or by this girl, even if she yours.

It would seem that this should be related, but no. Let me explain my position:
If you don't think your action as an act, which affects the respect for the person, it does not mean that the other person thinks the same way. It may even be that you think that your act worthy of «R», but the other people stop you «R» for this act.

The question of «R» of a particular person lies in ITS SYSTEM of VALUES and parameters of respect, but not in traditional or your. On the one hand, this complicates the task, on the contrary, the understanding of this point allows you to operate more accurately and to choose the most suitable people. But its nuances.

And now the most important. Actually the key point:

Receiving a truce, peace, or having s*x, but having lost part of her respect for you, you will lose the relationships. After receiving your candy now, you will lose the candy factory. There is such a clumsy metaphor if this was not clear.

This rule is mostly true only for men. The question is that a man can love a woman that he does not particularly respect for her personal qualities, achievements or intellect. But a woman cannot. Lost respect for you, she loses and loves to you. 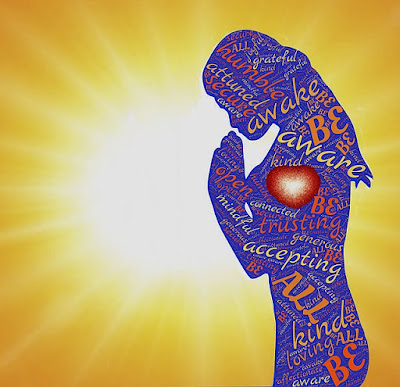 Even if you think that it is preserved, this is or pity or parent-brotherly love. But it does not love of Woman to Man.

The consequence of this law are inviolable rules:

For all clinging to the hope I have the second rule:
Second: Respect is impossible to recover or restore.
This is due mostly to the fact that trying to earn respect can be applicable in all-male company. Your attempts to earn the «R» of the group, the men most likely will appreciate if you do not take down. But! Your attempts to earn the «R» of women will lead to even greater contempt (as the reverse of «R»). Regardless of, whether you limit your actions without abuse or was it. Attempts to gain favor in front of the woman always lead to loss of respect.

I recommend it to re-read as many times until it becomes clear. Attempts to correct errors is worthy of «R», but men's respect. Women will not appreciate. Those who appreciate will perceive you as a friend.

I could compose yet, but rules, as such, are no more. There are recommendations for a continuation, and derivatives of these rules:
For example:
1. If respect is lost the relationships should be ended. This will save you and your nerves, and your resources and your self-esteem. Better to go out, saving small residues of «R», than to wait until it turns into contempt. Preserving the remnants of respect, you will not suffer the loss of their Manhood, which otherwise will be very painful and difficult to recover.

And it manifests in the first place so. If you went out timely, it is usually pretty easy to find a new partner. If you pulled with, go out, and fought and for love and respect you lost and your resources, and self-esteem and your masculinity. And for women around, you are like fitted with springs chick, but not the eagle.

2. I would repeat what I wrote above. In no event, you CANNOT pay for reconciliation, sedation, s*x or any other kind of momentary benefit by your self-respect in relationships. It is banned to do so. You will lose much more than will get. You may win the battle (although what kind of victory can be discussed if you surrender all their borders, just to get what you want), but will lose the war.

P.S: Oh Yes, it is not necessary to perceive the relationships between a man and a woman, as a war it's just my lack of imagination on metaphors.

No one insult, no one misstep will not kill the respect to you in the Bud. Only in very rare cases and with massive girls (for whom any mistake is an evil man, but this is already a problem for girls, and it is not worth to communicate which such girls) it is possible loss «R». In all other cases, you will lose more respect, when you are trying to atone or fix your mistake.

Keep in mind. There is a big, huge difference between the concept of error with position respect of women to you and the concept of mistakes from the view of a woman. For example, if you swore and the woman did not LIKE it is only in rare cases would lead to loss «R» to you. But your excuses for this act will result in the loss of that respect.

Your main valuable as men is your masculinity

Your determination as a man. In no event, will not allow jokes, jibes or make fun of your masculinity or your position in the world, as a man. You may not be a juicer, not to be a master of sports in Boxing, not to be a millionaire, not to be handsome, but you have to remain a man. And any woman who tries to prove you the opposite deserves to be sent in the far distance.

She may be offended, may scream, pout, get angry, write angry SMS at that you may not respond in general. A man with normal male self-esteem is not going to respond to all these female scenes. So long until she starts you to insult or doubt in your masculinity. These moments deserve your attention and should be clearly stopped.

Not always, and not everyone has the opportunity to put the presumptuous woman into place (and this place is no kitchen, no need to humiliate anyone in the answer). In this case, you should break the contact and through some time make it clear that you not now, nor later will not allow such behavior. Let shouts, sulking, but not trying to humiliate or insult you. These acts of conduct of acts of aggression, attack to you. The attack must be stopped. And small perturbations and frustration do not deserve special attention. In the end, women need these emotions.

We, men and women, both have one thing in common and are different in another. And if for most women, the most significant values are beauty and femininity, there for men, that is respect and his masculinity, and if the second is not so clear, with the first, everything is very clear. Very hard to deceive yourself in any situation, by asking myself am I respected now or no? will this action bring me respect, or I lose it? Of course, you can fool yourself, but this is hard. At these criteria, you can base. Not to react to small things, but not at disrespect.