5 Best tips to win the heart of your girlfriend's father

By Moh Ghufron 9:02 PM Post a Comment
Beautiful face, polite behavior, and friendliness to everyone make your heart were floored. Not to mention her brain were aqueous (smart) like Albert Einstein. And she has inner and outer beauty. That glimpse of a dream girl for all men.

Which man does not want to have a girl like that? Especially if she has given a positive signal in the middle of the approach you did. It makes you more confident that she will accept you as her lover. But it turns out she was the daughter of her father's favorite. And unfortunately, her father no less frightening when compared with the Armed Forces. His body straight and his speech was very firm. Every time you would take his daughter out, he's always been in the front line to interrogate you first. For example, what time you will return? Where do you want to go? And so forth. Worse, sometimes it shrinks your intention to get a girl's heart.

It is natural that a father keeping his daughter very closely. Because he did not want his daughter caught up in things that are not desirable. Therefore, for those of you who will be or are in a serious relationship with a girl like this, you should try to conquer the heart of her father so that your relationship to get the blessing of her father. 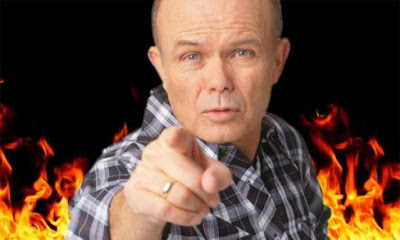 Your girlfriend's father frightening? Here's how to melt his heart. Maybe the tips below can help your problem.

1. Always be friendly and have good ethics

Which parent is not happy if his daughter hanging out with boys who are friendly and have good ethics? Therefore, as the initial evidence of your seriousness in a relationship with her, then you have to fix the ethics now.

Strict father is the father who is very careful in educating his daughter ethics and norms. Therefore, he is very protective of his daughter from the boys who have not been known. The first step to an instilling confidence of her father to you, that by fulfilling the promise you made to him.

For example, you promised to be home by 9 pm. Then, at 9 pm you should really have brought her returned to her home. Because it can prove that you are a boy who is responsible.

This is a small form of a sense of your attention to the family of your dream girl. By doing this, it is usually her parents may be more familiar to you. No need to be given a gift that expensive but enough were given a gift that is precious and sincere.

4. Be a visionary man

A man who had the vision is certainly desired by the girl. But being a man who has a visionary mind will certainly be a plus in the eyes of her parents. Because you are more ready to grow into a figure of a man more mature and adult. Her father would also have to prepare the best plan for the future of his daughter. And it may be one consideration for her father to approve of your relationship.

5. Getting to know her father more