5 Tips to maintain a relationship for new couples

By Moh Ghufron 11:21 AM Post a Comment
A relationship that still whole corn or new, whether a relationship that has been running for a few weeks or a few months is still very vulnerable to separation. In the initial conditions, women are instinctively going early in the relationship, many women who would do anything to make her partner happy. At the beginning of the relationship, you should still be as usual and did not change as long as the reasonable structure. Natural behavior it can create a relationship running ideal. Here are 5 tips that you can apply to your relationship which still new with him, as quoted from the All Women Stalk, among others:

1) Firmly
Create individual firm on yourself, so you will not run into stiff in explore of what was to become a part of you that then everything can be expressed well. For example, if he just gives the news to you at 1 a.m. after he went with his friends, tell him it's already too late and too late to give the news. Such a condition, reflecting the firm stance. You do not need to be ashamed to say, what is your requirement, as notified is your needs.

2) Sticking to the principle
You do not need to stiffen and become the new individual in establishing a new relationship. By being yourself in a positive way, it will create a special taste without the need to always say 'yes' if you disagree with him. As the example, He commanded you to go home early because he wants to meet with you. If on that night you have an appointment with someone else, you do not need to obey him. Say honestly that you could not see him. You should avoid behavior of hesitate to disagree on things that actually you do not like.

3) Create an atmosphere of fun
Communicate with heavy material too often is not good you do. Create a joke or tell a silly incident ever experienced by you when you communicate. Women who are too serious, especially when talking about the marriage can make a man so scared and bored. Create a cozy atmosphere and secure in your relationship. 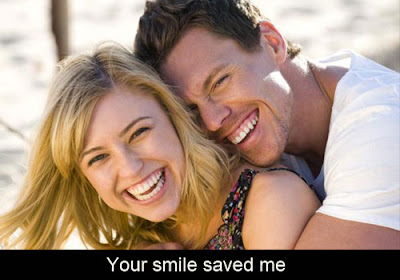 4) Do not create a dominant impression
You might be able to be the position of the controller, but by a note do not create a dominant because your partner will judge you as a partner who restraint, authoritarian, and even selfish. The trick, listen to him carefully and make sure you are interested in what he is talking about. When you make him feel comfortable, he would be pleased to speak with you. Comfortable conditions for men can be created with good communication so that more open relationship and your partner feel reciprocal / feedback on what you and your partner did.

5) The mysterious character
Men will be more attracted to women with a mysterious character. At the beginning of the relationship does not need to be told in detail about your life. Just send an SMS or BBM occasionally. By using the strategy of ''push-pull'' is a powerful weapon in conquering a man so that he will increasingly fall in love with you.