By Moh Ghufron 1:01 PM Post a Comment
Love can come anytime, anywhere, and to anyone who wished. Even love can come to those who have changed the genitals, or what we call the transgender. Indeed, being a transgender is not easy, because it will change someone's life. Moreover, it was performed at the age of an adult, much would change in their lives. But many transgenders who claimed that they were happy with their new personalities. So even if love has come. But what would happen if a transgender man, falls in love with a woman who was also a transgender?

This is a love story between Jasmine Merino and Ryan Said, a transgender couple who fell in love with an unusual way. They found love after both decided to change gender. Ryan, who is now 25 years old and has lived as a man for five years. While Jasmine who is now 19 years old began to transform itself three years ago. Although not undergo full gender reassignment surgery, they can adapt to live in bed (sexual intercourse).

Jasmine Merino and Ryan Said say that they like a normal couple and are planning to get married and have children in the future.
''Our relationship is very appropriate because we both know how it feels to be men and women so that we really understand each other and what we want'' said Jasmine.
However, this couple is facing numerous challenges before they meet and can share happiness together. 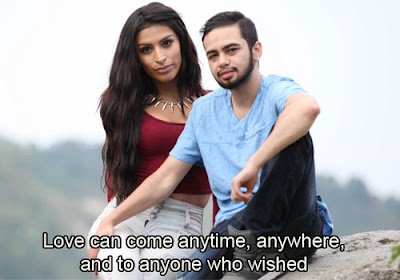 Ryan, who grew up in Ontario, Canada was forced by her parents to be girly, but she often dressed like a boy.
''They took me to a psychiatrist and therapist, and think that I'm sick'' said Ryan.

Jasmine who lived in California, through the same situation in which he grew up with his parents.
''I always like to play with Barbie dolls and the things that a daughter do. I always knew that I was supposed to be a girl since kindergarten'' said Jasmine.

Both Jasmine and Ryan, they are now conducting a series of hormone therapy to help them make the transition into the body they've always dreamed. Both are still considering having surgery to change of their gender in full, and they plan to marry in the future. They also want to have children using sperm from Jasmine and ova (egg cell) from Ryan.

Transgender, she is a man and he is a woman. Really an odd couple and confusing. :)