5 Reasons men choose to not in a relationship (stay single)

By Moh Ghufron 12:56 PM Post a Comment
Undergoing a relationship, for men becomes a very pleasant thing for them. Getting the attention of a woman would make a man become more comfortable in that condition. Not infrequently, we find men who are financially already stepping on stable phase. However, they still do not have a partner, especially a partner for life. That is because, for men, it is not a simple matter and instant. Basically, he always had the assumption that women always make them have limited moving space, especially when a man who get a partner of over-protect. Of course, there are many reasons for men so they procrastinate to establish a relationship with a woman who later continued to the higher stages, namely marriage. Here are 5 reasons men not in a relationship with a woman, as summarized from Shy Magazine, among others:

1) Prioritize freedom
In most men, both those who not yet on a financially stable phase or already stepping stable phase in his life and still have not established a relationship with a woman. This is because for them freedom is a priority both in supporting their association nor their work activities. The man was not happy living a relationship with a woman who does not give freedom to them either socially or on their activities. Why men so, of course, he was still pleased with the free life and feel more comfortable with a fixed single. Men like that, not yet willing to share their lives with others especially with a woman. They still want to enjoy and not yet want to change the pattern of life as comfortable as they feel at this moment.

2) Still want to enjoy the pleasure
Man's life is synonymous with various forms of pleasure that lay out there. Approached the various entertainment venues which promise pleasures. According to them become things to make them happy. Men who have a character like this certainly belong in the class of men who love to go on the spree and they generally come from the man who had stepped on a solid financial phase in their lives. They thought that when they already have a female partner or wife, the habit of having fun would be taken away if they already have a partner. Do not be surprised when you find a man who still choose not to establish a relationship with a woman, moreover, tied him in a relationship of marriage and prefer to prioritize their pleasure. 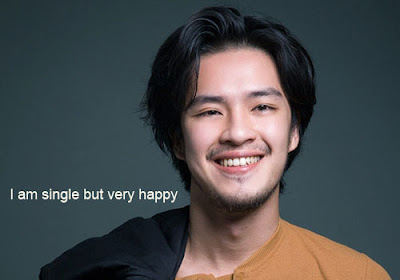 3) Have not found the ideal partner
In some men, they have their own criteria for determining the ideals of a woman as he desired. Especially to make a woman as a life partner. You should not be surprised when a man still chooses to stay single, either they not yet or have matured financial in their lives because it could be a reason for men. Men like this are still single not because they do not want in a relationship with a woman but only because they have not found a suitable partner with the criteria of a woman who they desire to be his partner until he got the right woman to be his wife.

4) He is still not able to be responsible
In many men who do not want to establish a relationship with a woman, especially to make her as a partner for life, of course, it is a great thing for them. Being a great thing because choosing a relationship in marriage must be followed with great responsibility later on when they are married. Moreover, they are haunted by responsibility towards children. When they already have children will make them still afraid to bear all the burden of that responsibility. The type of men like this are still very afraid to commit to their lives and only looked at marriage as something that makes them burdened with all of it. It thereby shows that they are still afraid of taking responsibility is greater.

5) The characters are immature
''Old is definitely and mature is an option''. Proverb as it showed that even a mature man and has had a decent old age to foster a relationship with a woman, moreover, he is very feasible to have a life partner. However, they are still afraid to take risks even further, especially in terms of marriage. It certainly makes them that marriage should require maturity both in financial terms especially in terms of thinking. The characters are still childish and immature to make them think only about themselves with all of their activities, such as eating, sleeping, working or activities that make them happy like having fun with friends. It shows that they are entered in the class of men have immature character.