The love story of a transgender couple Arin and Katie

By Moh Ghufron 6:35 PM Post a Comment
God gave us two eyes to see, two hands to hold, two ears to hear, and two legs to walk. But why God confers only a piece of heart to us? Because God has given us another piece of heart to someone for us to look. That name is Love.

Arin Andrews and Katie Hill meet and fall in love after knowing both equally as a transgender. They do look like a young couple in general, but both claimed to be born with the opposite sex. This couple had spent their childhood trapped in the wrong body.

Arin aged 20 years was born as a girl named Emerald. He is a talented ballet dancer, in fact, he had won a beauty contest. While his girlfriend Katie, aged 22 years old and grew up as a man named Lukas. She fought for 15 years received a man's body. But the couple who are both derived from Tulsa, Oklahoma, met and fell in love after they know if they are a transgender and has begun the process of exchange of sex / gender.

Previously, Katie has followed the female hormone formation program that has helped her to develop breast naturally without the need for silicone implants. While Arin had undergone surgical removal of the breast and firing testosterone. 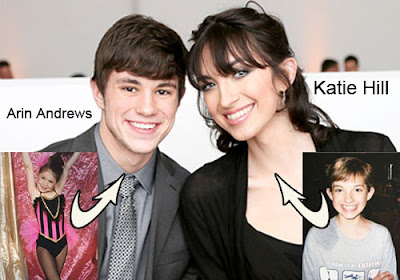 Katie said: ''Our relationship is so perfect because we both have the same growth problem'' as reported by the Mirror.

''We look so confident as a man and a woman, even now no one is denying it'' he said.

''Now Arin and I can share the problems that we face together'' she added.

Arin said that he considered himself as a boy. But when he was in school, his teachers and friends thought he was a girl. Parents of each couple were struggling and mutually agreed with the situation of their children and strongly supports their decisions.

Katie also admitted that when she was 15 years old, she had suffered from depression. ''My mother was so afraid of losing me who once tried to commit suicide. So she agreed to help me. I owe everything to her. It was she who decided to help me the first time'' she added.

''At first, my father was angry because he feels like he lost his first child. As time goes, he learned to accept me and now calls me as a girl who makes me smile'' said Katie.

This couple met at a local transgender community, after Arin listening Katie's story in the local newspaper, and they were soon familiar.

''She is so beautiful and looks like Megan Fox'' said Arin.

''I would love to know who she was and eventually I ventured to and ask for her phone number. She says yes and we started seeing each other'' he said.

And now this couple as a speaker to help raise awareness about transgender issues.

''There are still much to be done to let people know about transgender issues'' said Katie.