Vent on social network? So effective was it done?

By Moh Ghufron 10:03 AM Post a Comment
Currently, social networks like staple foods like rice. Almost all activities within a day we publish via social media accounts. Not infrequently we use it to communicate with old friends or new friends involuntary found here. There are also some people who use the social network as jobs. Starting from doing business online, promoting merchandise, to transact with consumers. However, not a few people who vent emotions and pour out heart through the social network. And it often triggers a misunderstanding or open a disgrace that should have been saved. So effective was it done?

Not only women who often do. But the men were already many do. Ranging from love problems, employment issues, and other matters, not ashamed to be shared on social networks. Unfortunately, many people are not aware of expressing bad mood on a social networking account it is not a wise move. Social networking is considered to be the best way for someone to get attention. 'When someone publishes bad mood expression on Twitter, they actually want any help from others about how they feel' adds psychologist Dr. Rose Mini. 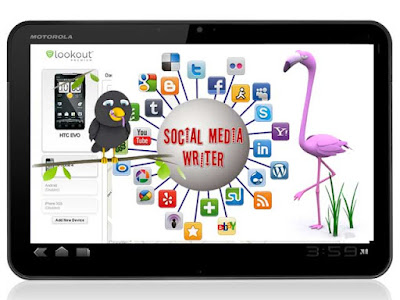 The statement above should be a whip for us to be more mature to keep up with technology and can wisely use it with positive things. 'Not necessarily a tweet that we write will reply with what we expect. Precisely edges instead tweet war, no help and became more upset' said Rose Mini. Further, Rose Mini explained that a person's mood will affect cognition. So it must be stressed that it must be confronted in a bad mood, such as reinforcing positive thinking. 'People are in a bad mood can not work optimally because of bad thoughts continued, his aura is not good. Energy is also easy to run out, so feel tired more easily' she said.

Another fatal negativity is going to make our friends uncomfortable and move away. The team of researchers from the University of Waterloo Canada in their research that the students questioned respondents about one social networking account. And from research published in the journal Psychological Science, reveal that people are not proud of himself more often create a negative status so that less favored. 'Such a person would feel safe if conveying personal things on Facebook. But in fact, it does not help them.' said researcher Amanda Forest.

If people have a negative reaction to a status on Facebook, they likely will not reveal it. The problem is, the creator of the status of the majority did not know that they are not favored.

There are a few tips for you sometimes feel a sense of "upset" and do not have recourse to confide to finally choose to vent on social network account: