Five factors that may cause divorce

By Moh Ghufron 10:59 AM Post a Comment
'It takes more than love to sustain your marriage.' You may have heard this phrase. This sentence really reflects our real life situation. Our mind may have been already filled with wishful thinking about the fairy tale where each main character eventually married and lived happily until the end of their live. But when we grow up, we came to realize that it takes more than love to be able to have a happy marriage. Marriage problems can arise at any time. There are several factors that affect married life, such as your age and your mate, the relationship in the past, children, families and the elderly, and the money or property.

A group of Australian researcher have studied the effect of the age difference between the husband - wife. They found that couples with an age difference that is much more likely to divorce. Seems to be a concept where women prefer to marry men much older is no longer valid. Moreover, research in other countries also shows that couple who married at a very young age are also many who find it difficult to sustain their marriage. 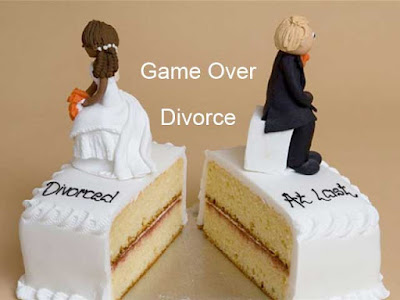 Consider the possibilities: 20%! This means, for every hundred couple, 20 of them experiencing marital problems just because kids. But if the problem is purely due to the presence of children? Or simply because of their egos? Because trivia can be a factor that ruin the wedding. Do you believe that like watching a football game or playing computer games can cause people to get divorced? You may not believe it, but it's possible, and even common.

Psychologically, our parent and spouse also play an important role because most of us, consciously or unconsciously make our parent as role model. People with broken family in fact more often experience problem with their marriage than those whose parent live in harmony.

The last factor is money or possession. We all know that people kill each other for money. Not surprisingly, money is is one of the main causes of divorce. Statistical data show that the Asian country about 70 to 80% of divorce cases are caused by a lack of financial responsibility either by both or one of the mate.

Perhaps we should take the time to evaluate ourselves. We all definitely want to have a happy marriage forever. But remember, nobody is perfect, including ourselves. Marriage is not easy, but it is worth fighting. All back to you and your mate.