6 Relationship rules that are often ignored by a woman

By Moh Ghufron 2:01 PM Post a Comment
Choosing a partner is not as easy as imagined. We sometimes make the mistake of over belief in the people we care about. And in fact, he was not what we imagined. Therefore, women need to know some rules in relationships that can save them from mistakes when choosing a partner.

Here are six relationship rules that are often ignored by a woman, and often have a negative impact on their relationship later on.

1. If he does not respect you, then his attitude will not change

2. If he says that he is not sure of your relationship, it's a sign he will not marry you

Do not ever think that a man will change his mind about marriage if from the beginning he has said that he himself is not sure about the future of his relationship. If he tells you about it, it's a sign he's not ready to get married. 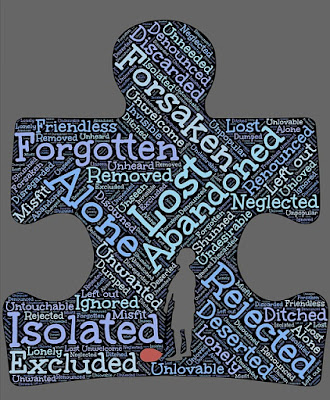 3. Married just out of fear of being called an old maid

4. If he lives from your money, he will continue to do so after marriage

Women need to know that a man who lives off his partner's money, he will continue to do so after the wedding. Helping your partner is commonplace, but women also need to see if the man they are also helping has responsibility for themselves. Or do they just want to take advantage of the good attitude shown by women?

5. He changes you for his own sake

Sometimes a man has his own ambition to turn his partner into what he imagines. If he does, it's a sign he does not really love you. He's just trying to turn you into something else.

6. If he always whine at his mother, he will continue to do so after marriage

If he always whines at his mother about whatever happens to his life, you need to be wary of his attitude. It's because that attitude may not change after you get married. He may always seek his mother's approval for all the decisions he makes. Would you feel comfortable with the attitude of a husband like that?

These are six rules in relationships that women often overlook just because love is blinding them.