The relationship between psychology and sociology is intricate and inseparable

The body of a person or persons is the objective subject of psychology and sociology. Psychology observes a person behavior and draws inferences on the workings of the mind, through that behavior. Sociology observes the interaction of several bodies and draws inferences on the workings of that society. With few exceptions, such as children who have grown up entirely separated from society, minds are influenced by society. At the same time, communities are affected by individual minds.

We can see how the mind of an individual can impact society. The great minds of humanity have shaped social systems in a myriad of ways. Albert Einstein, Sigmund Freud, Plato, Aristotle, Saint Augustine, Rousseau, Voltaire, and Bell are just a few people whose minds have shaped the societies in which we live today. One theory of social history even holds that social change evolves through individuals. Religious figures such as Buddha, Krishna, Moses and Jesus Christ obviously support this idea. Sociology, however, will not be denied. These people, a sociologist will say, did not just appear on the scene, fully equipped to deliver the world views that they espoused. They each had a mother and father. They each grew up in a society of people with standing traditions and expectations. They did not invent the language they used to communicate their ideas. It was provided by the society in which they found themselves. 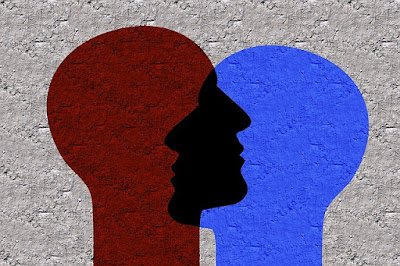 This debate continues today, but most psychologists and sociologists agree that individual minds do shape society and that societies shape minds. This adoption is clearly demonstrated in the development of psychiatry. Sigmund Freud, the originator of Psychiatry, focused on the individual mind, on what it did with its experiences. His daughter, Anna Freud, recognized that these experiences were mostly social, and expanded psychiatry to include the consideration of social structures that impact an individual when diagnosing diseases of the mind. Humanistic branches of psychology have fully exploited this revelation, so that psychology and sociology together, and never apart, suffice to explain society and mind.

The development of psychology and sociology as a joint discipline used to explain human individual and group behavior reached its apex with the situational psycho-social description of human behavior in the situational psychiatry that began in the 1920s and culminated with the Existentialists of the 1940s and 1950s. In this approach, psychology as a separate study is about human consciousness and its ways of giving meaning. Although early proponents viewed society and its structures from the perspective of Marxist materialistic determinism, later proponents have acknowledged the element of freedom and genius, and have opposed the view that the mind is a mere consequence, an effect, of social history.

Whatever perspective we take, we cannot deny that society, in the form of family, community, and country, influences the way we think, what we feel, what we see, even what we imagine. Similarly, we cannot deny that individual minds have invented the way we relate to each other, including our political and religious institutions. Psychology and sociology must be studied together, as a single discipline, to give us a full picture of the human being in today's world. If you study the one, study the other. Lacking one, you will never have a full grasp of the other. Psychology and sociology are the two sides of the man.