The law of divorce in Islam

By Moh Ghufron 10:10 AM Post a Comment
At the beginning of marriage, all couples must have longed for a harmonious family. A family is overwhelmed by affection, trust, and mutual burden. However, many astonishing facts about the story in a foster family are far from expectations and the shadow of the beauty of marriage. The facts in the form of violent behavior in the household, infidelity, economic problems, neglect, and disputes with large families. 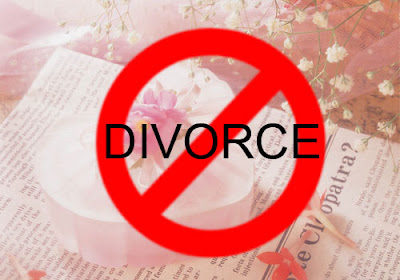 According to data from Indonesian population agency, within one year occurred 200 thousand cases of divorce by marriage rates reach 2 million per year. The amount of the divorce rate is certainly a significant impact on the mental development of the nation's generations. It is because a child who grew up in an environment full of problems, especially witnessing violence in the home are most likely to experience psychological disorders. The amount of the divorce rate resulted in the emergence of two major questions, which is about the law of divorce in Islam and how Islam provides solutions to these problems.

How does the law of divorce in Islam?

Islamic Shari'ah strives to minimize the causes of divorce because Islam hates and dislikes divorce, although in a hadith say that divorce is a case of kosher. It was narrated from Ibn 'Umar (Radiyallahu'Anhu), that Rasulullah (Shalallahu Alaihi Wa Salam) said:

Divorce is something that is kosher but hated by Allah (Subhanahu Wa Ta'ala).
- (Abu Dawud and Ibn Majah)


From the hadith, we can conclude that we allowed doing the divorce, but it is something that is hated by Allah. Only on condition that already are hard pressed, divorce was allowed to happen. For example, when her husband always persecutes a wife every day.

How does Islam give solutions?

Based on the law of divorce in Islam, Islam also provides tools and devices to resolve disputes between husband and wife. One of the solutions is not to rush to choose divorce as a solution.