The love relationship between a boss and employee, is it a boon or a problem?

By Moh Ghufron 12:00 PM Post a Comment
Love indeed belongs to whoever, come anytime and anywhere. The phrase may be often used as justification by us who are in love. However, when we fell in love with our boss in the office, whether it's a boon or even become a problem?

Fall in love with a co-worker or boss is increasingly popular, especially in the metropolitan cities. The fact is not without evidence, for CareerBuilder had conducted a survey and found the fact about 76%. People assume that the relationship of love is interwoven in the workplace has increased, and it is already considered to be a regular thing. Especially when compared with 10 years back.

As many as 66% of respondents stated that the increase was due to the current more women in the work world, and not least of them that are in the top level management. While the rest thought that love is often grown because of the length of a person, spend time in the office.

Another survey ever conducted by Glamour magazine noted that 41% of employees aged between 25-40 years, they admitted to love relationship in the office. Interestingly, of these data revealed that the romance in the office environment was more often cause problems when the person involved is a boss and employee. 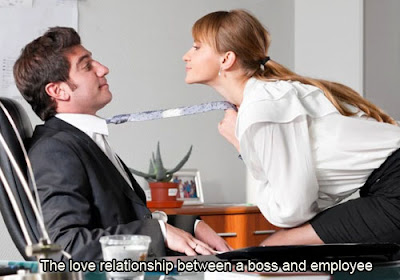 Another data is quite interesting to have listened to that though the majority of people think that having love in the work environment was considered normal. But when a love relationship going on between a boss and employee, as much as 76% of respondents said it was inappropriate. While some people argue that it is not a problem with the relationship. However, among all of the recognition, little or only 18% agreed with a love relationship between a boss and employee.

Conversely, if a boss does not want to cause stigma ''golden child'' in an office environment, s/he may be detrimental to the employee who being his/her lover. Why? Because if the employee actually indeed achievers, s/he would never get any special thing that should be their right.

The love story between a boss and employee will be further complicated when a love relationship finally ended. The negative impact will usually be directly experienced by the employee who was forced to quit his/her job because the company could not possibly take the risk of having to lose an important person in their office.

So, what is the relationship between a boss and employee is a boon or a problem? In conclusion back into your own hands, how you react to it and what you can live it wisely.

Post a Comment for "The love relationship between a boss and employee, is it a boon or a problem?"