Excellent way to find a girlfriend on social networking sites

By Moh Ghufron 10:52 AM Post a Comment
Social networking sites as for example Twitter, Instagram, Facebook, Google Plus and so forth are growing so rapidly. Whenever and wherever, we will try to take the time to update the status or our thinking, who then will we share to our friends. However, the proliferation of social networking sites last few years, it has a lot of impacts, be it positive or negative. The positive effect very much. Starting from can do business online, promote products, get acquainted with new friends, and fun chatting with old friends. But apparently, the negative impact fatal as well you know. Besides having a negative impact on the fatal consequence of excessive vent on social networks that have been discussed in previous articles, it turns out there are other things that make women become lost feeling in men. What is that?

Actually, this is trivial. But it turns out, this makes them have a preconceived notion about a man. Suppose that in the selection of the name used in the personal account of our social network. Very severe. Therefore, not only the women who flocked to use the account name tacky. The men are now no less rename their personal account to the name you really exaggerated. Why is arguably exaggerated? Because they include the names are difficult to identify. 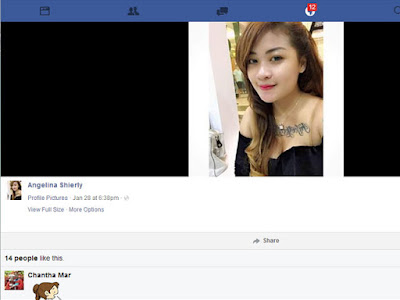 For example, Kevin TheCoolManAndHandsome or the use of symbols were deemed less important to show. Based on several surveys that have been done on some women, it turns out they assume that men who do such things are a man who considers himself the modern child. But it shows that he is the wrong mingle. Because the man should be able to filter and choose which things are considered positive slang and slang which it will actually make ourselves look negative.

Men should be more cool and fascinating creatures that can win the heart of a woman. The appeal of a man in women is very strong. They are very fond men of strong character, which is able to be himself. Without artificial and without exaggeration. Because that's what makes him feel comfortable within walking distance of very old men. But unfortunately, it vanished as a result of the less important things that we do and we consider trivial. Look deeper and respond more wisely. Not all the views of the women had been wrong.

Actually, the name is not the only thing that makes them become lost feeling in men. However, the language used to talk with our friends on social networks, photo style used, and profile management. Because there are some men who list his achievements in excess to form many paragraphs and it is making a visitor account to be lazy to read, or inserting strange things in his profile to make it look more cool or interesting. That is another thing that we need to consider when we decide to use the facilities of social networking sites.

Looking for a partner with taking advantage of social networking sites is not a mistake. But that must be straightened is our perception of social networking. At the time we already know what our goal is to use this facility, we should also know what are the things that can be published and what should be kept secret.

The name is a self-image. Similarly, the language and ethics that we use when communicating with our friends on social networks. Try to change it piecemeal and be yourself. Because it really help you to get a good match.