Can a big age difference in relationship running successfully?

By Moh Ghufron 12:03 PM Post a Comment
The love relationship between a man and a woman with a significant age difference, it is a common thing that we see around us. For example, a couple of celebrities namely Madonna and Brahim Zaibat different age of 28 years. There are a variety of different reasons why two different people can be in a relationship. In the past possible reason to ensure existence heirs or to gain wealth. But today, many of them are in a relationship because they love each other. Communities are also now more able to tolerate this kind of relationship.

What is the age difference can be considered significant?
Of course, it depends on the two people involved and must be associated with various stages of the life we've been through. If for example, a young girl aged 15 years old, has a relationship with a college student who was 20 years old, then the 5-years age difference between them can already be considered significant due to differences in the stage of life and emotional maturity far enough. But if a woman aged 30 years old in a relationship with a man who was 35 years old, then the 5-years age difference was no longer significant because they both are in a stage of life more or less the same.

The difference between women and men
As explained above, different life stages strongly influence whether the pair could make a bridge between their different ages. Another aspect to consider is that men generally first enter the world of careers, whereas women usually achieve success in careers at an older age. This is why in the business world, many younger men (eg, age 27 years) who falls in love with an older woman (eg, age of 43 years). 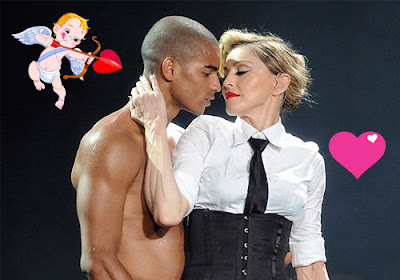 The relationship of a father and daughter?
Another interesting thing that should be observed there is a relation "father-daughter", where a man in a relationship of love with a woman much younger than himself. For most men, has a much younger partner can help boost their ego and help them overcome a midlife crisis or when they just got divorced. On the other hand, for the young woman involved in a relationship like this, this relationship could become their way to treat "old wounds" in their relationship with the biological father. This is why many women who are emotional, not close to her father and falls in love with a much older man. Those who were not enjoying the affection of a father will be satisfied spoiled to her older partner.

Assessment of society
Unconsciously, more people tolerate a relationship involving two people with the age difference is not too far away. Of course, because of the relationship like this indeed had many benefits in terms of health and social. But of course, we must always remember that love can come to anyone without caring about what their age.