Love at first sight - The first 3 minutes are very important

By Moh Ghufron 11:23 AM Post a Comment
You go into a cafe. Suddenly, someone besides you recommend the coffee menu which he said was very tasty. You start talking to him. Not unexpectedly, you are struck by the feeling that you may have just found the right man. But that's crazy, is not it? Or is it true that he is your soul mate? Can someone really recognize their mates so quickly?

The answer is "Yes".

As humans, we are designed to directly assess a potential partner. An intuitive skill developed millions of years ago by our ancestors as a way to distinguish between friend and foe. Even though today we may not be too much use of these skills, but we regularly turn our thoughts about whether someone could be a boyfriend within the first 3 minutes when we spoke to him. 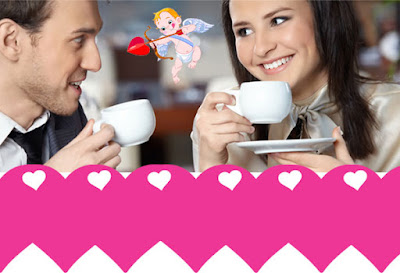 Indeed, only need less than 1 second to decide whether or not you find a man who is physically attractive. Too old, too young, too rich, too poor, too polished, too messy, too tall, or too short... and so on. However, if he's in accordance with physical concepts that you like, your mind will step up to the next checkpoint: voice. Once again, you respond in a matter of seconds. Women usually think a man who spoke quickly as a man who is more educated and a man with a deep voice as a man who is more handsome. Next post: his words. We tend to like people who use the same vocabulary as us. We are also interested in those who have the same level of intelligence, comes from a background of economic, religious and social alike. We can immediately determine the attributes of a man by his words (and also based on the way he dressed, the arrangement of his hair, a wristwatch that is used by him, or tattoos on his body).

But, is if there is a strange man who was dressed neatly and heavy voice is able to give you what you need? For this important question, a large part of us form opinions within the first 3 minutes when the conversation turns to offend more serious topics, such as politics or children. So, when you meet someone and instantly feel match, go ahead and trust your instincts.

However, love at first sight does not happen to everyone. In a survey conducted by Ayala Malach-Pines, PhD. from Ben-Gurion University in Israel, only 11 percent of 493 respondents said that their long-term relationship begins with love at first sight. Then how about the remaining 89 percent? Psychologists say that more and more you interact with people you like (although only slightly like), then the more you tend to regard him as a handsome man, intelligent, and is equivalent to you (unless you find something that makes you antipathy against him ). So it is a wise thing to arrange a second meeting. Sometimes it takes many years for both parties, in order to fully appreciate each other. But clearly, love at first sight or not, the first 3 minutes are very important for the journey of love, you both.