6 Characteristics of a liar man

By Moh Ghufron 12:11 PM Post a Comment
If you have just met him and you think that he is a man that is good and sweet. Yes, do not easily amazed at man who often had an affair and betray. He does look charming. In fact, he was willing to prostrated at your feet. Unfortunately, it was only in the early stage. In the end he will show his true identity. So be careful and know the signs of the kind of man as what will betray you.

1) Not 'spoiled child'
We all know that the kind of 'spoiled child', and they can be really annoying. But if your boyfriend is not too close and had a bad relationship with his mother, you can also suspect that he is not a man who can be relied upon. If you've heard he was talk bad about his mother or even if he is insulted or yelled at his mother in front of you, it means he does not respect his mother. And it could be he will not respect you.

2) Mysterious man
His mysterious may be the reason of you interested in him, but if he has a secret at all times, it will make you restless. Especially if he never let you touch the personal belongings including his phone. You must be vigilant! Men who often betray his partner will tend to be secretive about things. He will not tell you where he was going or what he was doing. But, it is very important for him to know all about you. He is a good listener because he did not want to talk. 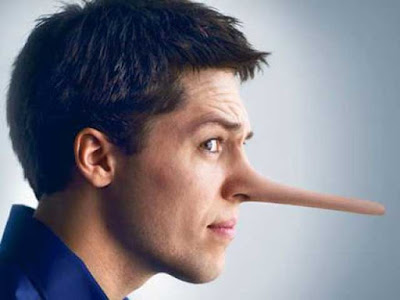 3) Affection, what is it?
He can make you fascinated at him within seconds and seductive in a way that make you 'melt' like blueberry pie. But when it come to commitment, he just silence. He is very good at physical intimacy but if it continues into emotions, he will not be around you for too long.

4) Honey ... I am forgot!
If he forgot to show up on the day where you should meet or cancel the call at the last minute, surely he was lying. He may have a better choice than you, so he forgot offhand. We recommend stay away from men like this, as it will only cause problems.

5) Possessive and protective
He often control you. He must know you are there where and what you are doing without giving information to you about him. Men like this just trying to make sure your presence so that you do not meet him when he was with other people. So if he asking you to stop hanging out with your friends since the beginning of the relationship, then you need to check reality itself.

6) Always have a secret
He always wanted to keep secret of your relationship, until the 'right time'. So you've never met any of his friends. This may be because he wants to make sure that do not until he met them with another girlfriend. His facebook status is single and if a girl teased him, you just assume he did it because he was not aware of.